How a combination of an ADHD diagnosis and Neuro Linguistic Programming techniques have empowered our daughter to overcome her challenges and live her best life. 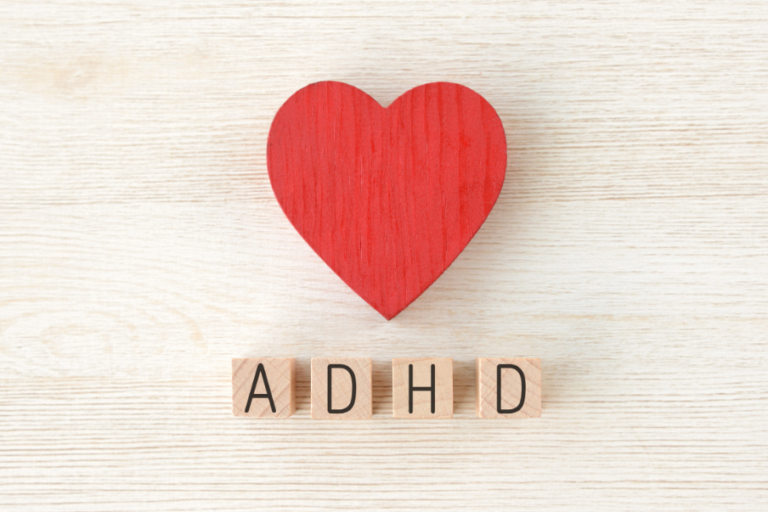 Last year, I was in a bit of a quandary. My daughter was struggling with OCD and quite severe anxiety and it was suggested to us that some level of neurodiversity may be at the root of it. We were receiving so much contradictory advice – many were advising us against getting a “label.”  To be honest though, we were quite desperate. There is nothing worse than seeing one of your children suffering and we had already tried quite a few other avenues such as counselling and Cognitive Behavioural Therapy, with limited success.

In the end, we decided to bite the bullet and I asked for a neurodiversity assessment.

What do you mean she has ADHD?

My daughter was diagnosed with ADHD (inattentive type).  I was shocked beyond belief. My perception of ADHD was of a small boy running around like a bull in a china shop and making lots of noise. How could my quiet, gentle, people-pleasing 12 year old possibly have ADHD? It didn’t make sense.

Since our daughter’s diagnosis, I have done A LOT of research and have come to realise just how differently ADHD symptoms can manifest in girls than in boys. It is estimated that as many as 50 to 75 percent of cases of ADHD in girls are missed.

ADHD in girls will often manifest itself as OCD, eating disorders or anxiety as they struggle to “mask” the symptoms. This was clearly the case for our daughter.

She was a late August baby. When she started in reception, she had literally just turned 4 a few days before. By the first parents evening, it became apparent that things were not running as smoothly as we had hoped – we were told that she had a tendency to follow other children around, that she didn’t speak and that she was often “wilfully obstructive” because she did not follow instructions. We were so shocked as the description simply didn’t match the compliant and contented little girl that we knew. It transpired that she was simply not able to follow some of the instructions at the speed she was expected to do them. Tasks such as putting on shoes and doing up her coat took her longer than the other children and she was often in a state of overwhelm trying to keep up. Often, she was like a rabbit caught in headlights.

Primary school was not a particularly happy time for our daughter. She had regular stomach aches. She was often exhausted and emotional. Looking back, this is not really surprising.

Children with ADHD will have been corrected 20,000 more times than a neurotypical child by the age of 12.

I used to see it happen. It wasn’t just her teachers (and us as parents) but her peers who would innocently ask questions (or laugh at her) which would make her feel shame.  Why are you taking so long to tie your shoelaces? Why is everything falling out of your school bag? Why is your room such a mess? Why do you talk so much? (Those with inattentive ADHD often have a tendency to over-share and interrupt others).

Through no fault of their own, children with ADHD will often be living in a state of complete chaos. They will often lose things. If you give them a set of instructions, they might get upstairs and be distracted by something else and completely forget. They might hyper-focus on one thing and not even notice what else is going on around them or they might forget to eat and drink. It’s easy for this behaviour to be mistaken for laziness or lack of effort.

What makes it less than easy for those with ADHD to navigate through this is that almost 100% of people with ADHD also suffer from Rejection Sensitive Dysphoria (a symptom of ADHD).  It as an extreme (dysphoria means “difficult to bear”) emotional reaction to the perception of rejection, failure or criticism, regardless of the circumstantial reality. This means that a child with ADHD will often feel significantly more hurt if they perceive they have been rejected by somebody than a neurotypical child. A simply throw-away comment, which might go unnoticed by a neurotypical child) can leave a child with ADHD feeling completely debilitated, making it difficult for them to maintain friendships. For us as a family, this was one of the most difficult things to help with.

How do you console a child who permanently feels hurt and rejected by other people even when you know that it isn’t actually the case?

My daughter adopted both of the above coping mechanisms. I would often look at other children grabbing a piece of paper and sitting down to draw a picture or deciding to make something just because they felt like it and wonder why my daughter never seemed to want to do this, even with help from us. I now know it’s because she felt it was safer just not to try. It’s a way to avoid dealing with perceived failure.

So what made us seek a diagnosis?

By 2016, it became clear that school was not working for us. The children were miserable and it was affecting our lives at home so (quite impulsively) we made the decision to home educate. Although it was originally meant to be a temporary measure, we ended up home educating them both until the end of primary school. Without the time pressures of school, my daughter flourished. She was able to work at her own pace. She was able to take long breaks. She worked only for short amounts of time. Most importantly, she spent a significant amount of time learning through play.

The difference in her was so profound. She started wanting to learn. She was no longer afraid to “have a go” and she achieved so much – passing LAMDA exams with really high marks, passing her 11+ and most importantly, learning about who she was and being happy in herself.

It was returning to secondary school that prompted us to seek a diagnosis. Back in a school environment, it again became more difficult for her to organise herself, regulate her emotions and follow all the many instructions she was being given and she began to feel overwhelmed again.

The diagnosis has been a game-changer: she says that she feels so relieved that there is a reason why she feels the way she does sometimes. On the day she was told, I could literally see the tension, that she had held for so long, leave her body. It was almost as though she had forgiven herself for something which was never her fault in the first place. It was then that we knew that seeking a diagnosis was the right thing for her.

Not only this, but her school have been so supportive in helping her to implement strategies to help her reach her full potential – it is unlikely this would have been the case without the diagnosis.

How can NLP techniques help with ADHD?

We don’t dwell on the ADHD label. For us, it was simply a way of gaining an understanding into what was happening for our daughter. Now that we have this information, our focus is firmly on helping her to live her best life.

There are so many NLP techniques and values that have been useful in helping her to do this:

For more information on how I can use NLP to help your teen with stress or anxiety, please click here.